The "Antients" and the "Moderns"

Tabula rasa, Παρθένο υπολογιστή meaning “blank slate” origin – wax tablet used for notes, which was blanked by heating the wax and then smoothing it 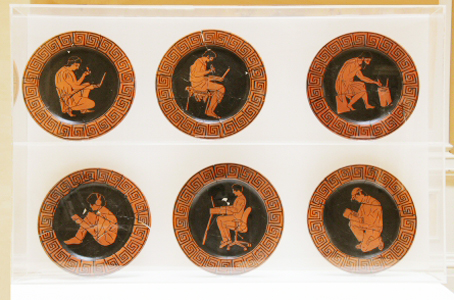 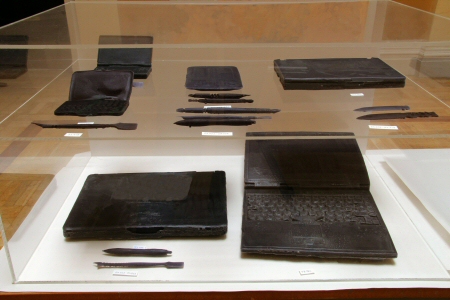 Three of these plates are copies of ancient Greek pottery which depicts the use of the wax writing tablet. The other three show the use of the tablet today.

A second cabinet contains a selection of modern day tablets and styli cast in wax.